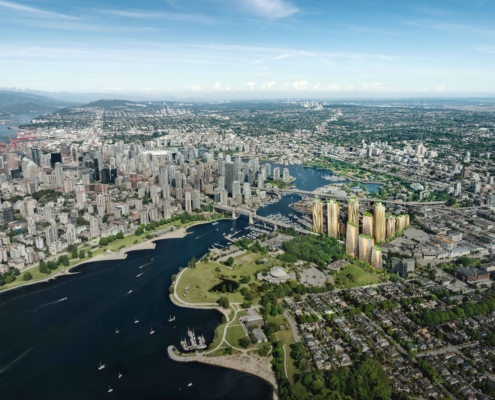 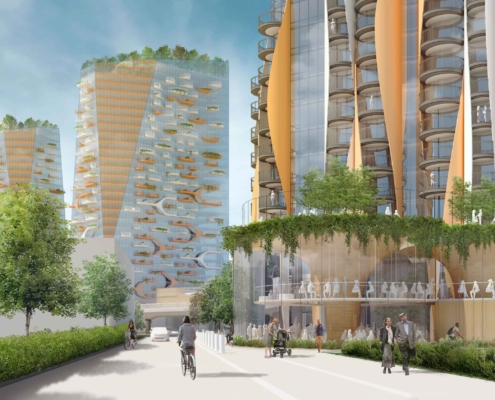 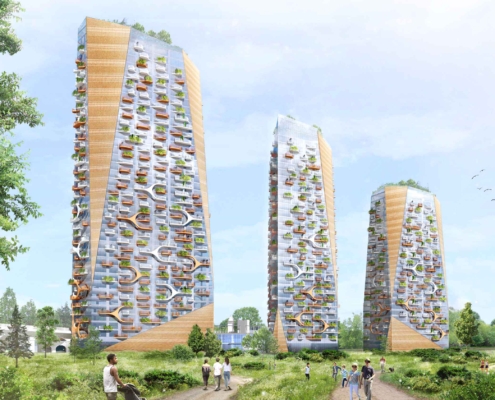 COMPLETION
To be determined

LMDG is providing building code services to the Squamish Nation and its development partners as part of a massive 11-tower planned community project dubbed Sen̓áḵw. The mixed-use development, slated for completion in 2030 is situated under and around Vancouver’s iconic Burrard Street Bridge—and is being billed as a moderbn eco-friendly, sustainable village. The planned 6,000 new housing units on reserve land will be largely rental ones aimed at more affordable housing in the midst of a housing shortage and it will include several hundred for Squamish Nation members.

The project, which includes towers ranging from 17–59 stories, will maximze the use of the narrow srip of land, set to be a car-free development. The conceptual drawings featuring curvilinear balconies overflowing with greenery and reflecting the surrounding environment were done in close consultation with the Squamish Nation and include Indigenous art and design elements from façades to structural core surfaces to suite entry doors and benches.

The project is billed as a new paradigm of Indigenous-led revitalization, and green urban design. As a major urban development grounded in Indigenous values, the Sen̓áḵw will be one of the first of its kind in North America—and because the reserve land is not subject to the bylaws of the city that it surrounds, it will also feature a style and scale of density more typically found in larger cities. This landmark development, with a total floor area of 372,000 square-metres, the project will be built in several phases over five years.